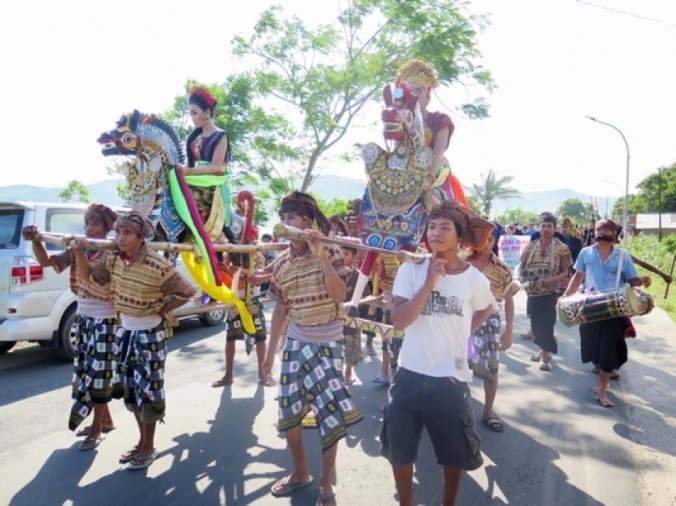 For decades overshadowed by its neighbour to the West, the Indonesian island of Lombok is today gaining favour with holidaymakers wanting something a little less commercial than Bali.

The four bikini-clad Americans taking in the sun at Kuta beach are among them. Jessica, a lithe blonde, says she wants to see the sunset.

In the world’s largest archipelago, Bali was the only Indonesian island included on a list of the top 30 islands in the world by US-based Conde Nast Traveler magazine in October 2015. It ranked 17th, far behind Palawan Island of the Philippines, which earned first place.

“Lombok deserves to be included on the list. Now it is heading that way,” says Nusa Tenggara Barat (NTB) Culture and Tourism Agency head Lalu Faozal.

Surrounded by 35 smaller islands, the 4,514-square-kilometre Lombok is flanked by Bali to the west and Sumbawa Island, NTB, to the east.

Unlike Bali though, it never feels overcrowded.

Kuta is among the many breathtaking spots for sunbathing, swimming, surfing, snorkelling and diving on Lombok and its smaller islands, or gili as they are called in the local Sasak language.

Visitors can reach the Gili islets by using the services provided by one of the 370 travel agencies in NTB.

The Komodo Dragon Backpacker Cruise, for example, offers a four-day boat trip for 2.5 million rupiah (Bt6,500) to visit the Gili islets and other tourist attractions. The boat, 25 metres in length and 4.5 metres wide, can accommodate up to 35 people.

Other agencies not only offer trips, but also provide surfing, snorkelling and diving courses. 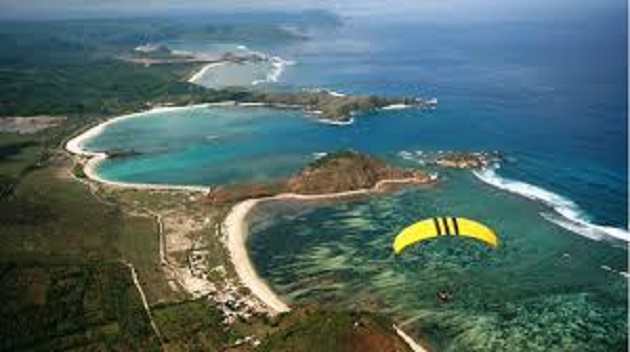 Faozal advises tourists to climb the 3,726-metre Rinjani Mountain, the highest of the seven mountains on Lombok, to admire the astonishing views.

“The mountaintop is home to the beautiful Lake Segara Anak,” he says.

Local people celebrate Bau Nyale on the 20th day of the 10th month of Sasak calendar. They go to sea to search for the colourful nyale (sea worms) that they believe to be the reincarnation of Princess Mandalika.

According to legend, Mandalika was a pretty princess of the Tanjung Bitu Kingdom that existed on Lombok a long time ago. Due to her good behaviour, many princes from other kingdoms were in love with her. Mandalika thought that if she chose one of the princes, wars would break out because the others would feel jealous and disappointed and they would fight against each other.

She then asked the princes and people to meet her at the Kuta Beach. She stood on a reef, telling them that she chose no one. Afterwards, she threw herself into the sea, The princes and local people tried to save her, but they found thousands of colourful sea worms floating on the sea instead of the princess’ body. They believed that the worms were her reincarnation.

“She jumped because she did not want people to become victims due to her choice. She showed us heroic values as she sacrificed herself for the interest of the people,” Putria says, adding that the locals consume nyale because they believe they would make women look ageless and boost the sexual vitality of men.

NTB hosts different festivals to bring in tourists. Last August to September, it hosted the first Lombok Sumbawa Cultural Month to boost tourism on Lombok and Sumbawa islands by exploring and developing the potential of arts and culture through various exhibitions and cultural events. The Pearl Festival, involving the producers of pearls with international standard quality, was among the highlights.

Besides the three airports, hotels and restaurants in the province are ready to welcome the tourists, he said.

The province has 925 hotels, consisting of 50 five-star hotels and 875 jasmine-class hotels along with 1,378 restaurants.

“The beauty of Lombok is complete. It ranges from the tops of the mountains to the bottom of the sea. Our rich culture will also attract tourists,” he says confidently.