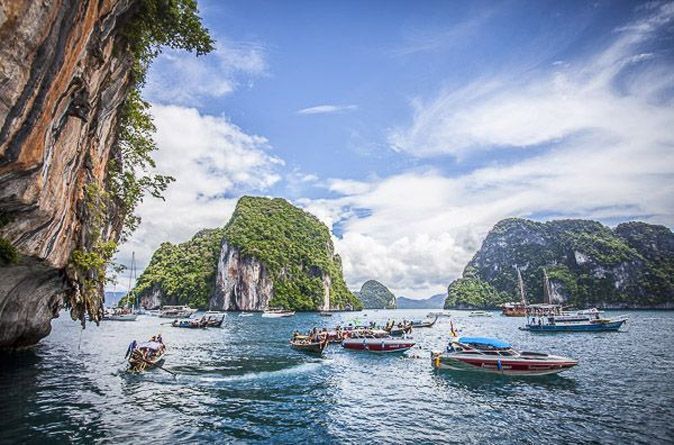 Thailand has been voted the 21st best country in the world in the “Best Countries” list unveiled at the World Economic Forum in Switzerland on Wednesday.

A survey of 16,000 people worldwide placed Thailand in the 21st place out of 60 selected countries in the rankings conducted by U.S. News & World Report, the University of Pennsylvania’s Wharton School and global brand consultants BAV Consulting.

The respondents, 8,000 of which were classified as “elites” and 4,500 as “business decision-makers,” were asked to share their perceptions on a random selection of 65 country attributes.

The attributes were then grouped into nine sub-rankings: adventure, citizenship, cultural influence, entrepreneurship, heritage, movers, open for business, power and quality of life.

Thailand received an impressive score in the “adventure” category, as well as “movers,” which predicts a country’s future growth in terms of gross domestic product based on purchasing power parity per capita.

However, Thailand’s score for “citizenship,” which explores the country’s interest in issues such as human rights, environment, gender equality, and as well as its trustworthy quality, was among the lowest in the world’s chart. 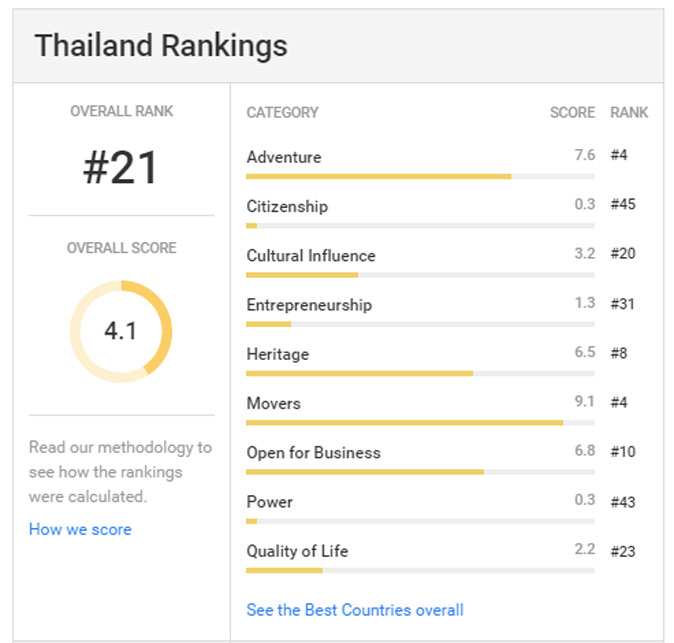 We lost to Singapore (15th) and China (17th), while our neighboring countries such as Myanmar, Cambodia, and Laos were not included in the list – except Malaysia, which placed 28th.

Meanwhile, at the bottom of the list was Algeria, preceded by Ukraine, Iran, Nigeria and Pakistan.